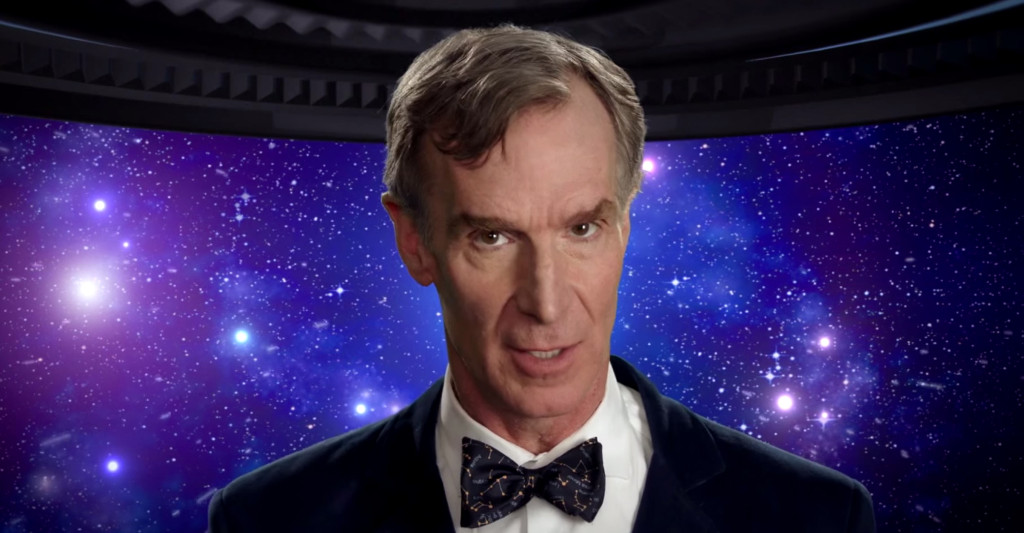 This post is actually horribly, horribly late, seeing how Bill Nye’s Big Think Video on abortion came out over a month ago.  I almost didn’t write this post simply on that account.  But I felt like I had to include it because it is, frankly, the reason this blog exists.  The post you are about to see is adapted from a long, drawn-out reply I made on Facebook to the video.  After writing the reply, I felt satisfied…but somehow cheated, too.  After all, I just wrote a long-winded if heartfelt and totally logical reply to some of Bill Nye’s dumber points, and I was going to make absolutely no money off of it.  That just didn’t seem right.

You see, I have a friend who has a blog she updates regularly.  She has a niche subject that draws, on a good day, about 2000-3000 views, which is enough page hits to make her a few dollars via Google AdSense.  Naturally, I thought to myself, “Why am I writing these long, wordy replies on Facebook that don’t generate any income whatsoever when I could instead write up a blog post, link to that blog post in a Facebook reply, and just start raking in the pennies from there?”

So I immediately set out to create a blog…

…aaaaand I found out that creating a blog is not something so simple as just pushing Ctrl-Alt-“Publish”.  First you have to register a domain name.  Then you have to find someone to host your blog.  Then you have to figure out how to get the domain and the host to work together.  Then you have to choose a theme for your blog.  Then you have to do the basic customization (e.g., foreground and background images).  And if you’re like me, you’ll run into some customizing dead-ends that require the help of a WordPress professional like Robert Allen to figure them out.  And then, when all is finally said and done, and you’re confident that you can start posting content out into infinity, you realize that your first spark of inspiration is now…a whole month old.  Nevertheless!  Since this post is what inspired me to construct this blog, this post deserves to see daylight.  So without further adieu…. 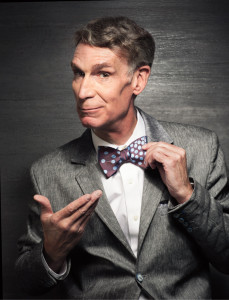 Bill Nye is a former mechanical engineer turned television personality who is credited with making science interesting to millions of children and adults alike.  But just because he’s “The Science Guy” doesn’t mean he always gets his science right, nor does it make him qualified to speak on any other subject, such as the morality of abortion.

But that, of course, didn’t stop him from recording a video interview on both the science and the morality of abortion for the “knowledge forum” Big Think.  You can find the video here — but if you’re like me and can’t stomach watching propaganda videos, there’s a link you can click to show a transcript of it.  It’s from that transcript that I will be lifting the 10 horrifically wrong quotes — wrong either in their scientific aspect, their moral aspect, or both — that require a corrective response.

2.  “You have to attach to the uterine wall, the inside of a…woman’s womb.”

Here Bill is talking about implantation, a critical step in the life of a developing human being.  While it is true that this step is absolutely essential to the future development of the embryo — missing the wall of the uterus is like, well…this — neither succeeding nor failing in this step changes what the embryo is, which is a human being in the earliest stage of its development.  Consider that even if an embryo successfully implants, there are myriad circumstances that could trigger a miscarriage at some point in the future.  None of those circumstances change the nature of the embryo — they just change the state of the embryo from “alive” to “dead”.

3.  “Whom are you going to imprison? Every woman who’s had a fertilized egg pass through her?”

Now this is just plain nonsense.  A woman who loses a fertilized egg that never implanted will never know she was pregnant in the first place, as it is the implantation of the embryo that starts all the changes in a woman’s body that pregnancy imposes.  So how is a woman who has a fertilized egg pass through her any more guilty of a crime than a woman whose baby just stopped breathing in the middle of the night for no reason?  What did she consciously do to make that death occur?  Nothing.  It’s a death by natural causes.

On the other hand, if a woman smothers her baby, deliberately making it die, she’s guilty of murder.  As is the woman who has an elective abortion.

4.  “You have a lot of men of European descent passing these extraordinary laws….”

This is a detestable racist and sexist canard.  Is Bill Nye really saying that only white men are pro-life?  That Black men, Hispanic men, Arab men, Oriental men, and most importantly, no women whatsoever care one bit about children’s lives? That’s going to be a shock to all the women and all the minority men out there who are pro-life.  In fact, according to a 2014 Gallup poll, 40% of U.S. women identify as pro-life.

Now the canard is against religion.  But here’s a funny thing:  Not everyone who is pro-life is religious!  According to a 2012 Gallup poll, nearly 1 in 5 nonreligious people identify as pro-life.  That’s six million seculars against elective abortion, and there is even a web site under which some of them have politically organized.  Feel free to tell them that their opposition to abortion is based on a religious text, but they themselves will tell you otherwise.

6.  “And I know nobody likes abortion, okay. But you can’t tell somebody what to do.”

I’m avidly awaiting the next Bill Nye video where he says, “I know nobody likes it when a teenage girl has a baby, kills it, and throws down a laundry chute, okay.  But you can’t tell somebody what to do.”  Oh, yes, we can.  And we do.  We totally do!  We arrest, try, and convict women who have done such things.  Because these are evil things to do that no one should do no matter what.  And yet we have no regard for women doing essentially the same thing to their children who are still in the womb…as if it is the location of a human being that makes its murder palatable or unpalatable.  “Location, location, location,” might be of critical importance when we’re talking about the worth of real estate, but it has no bearing on the worth of a human life.

7.  “I mean she has rights over this, especially if she doesn’t like the guy that got her pregnant. She doesn’t want anything to do with your genes; get over it….”

Um…the time for a woman to exercise her judgment over whether or not she likes a guy’s genes is before she let his member inside her to spray those genes all over the place, don’t you think?  Seriously, ladies, if you don’t want anything to do with a guy’s genes, then keep your jeans on!  Doing otherwise is the very definition of irresponsibility, and the child you make by it shouldn’t have to die for your mistake.

It sounds like a reasonable deal, doesn’t it?  But I dare you to find even one person who is both pro-choice and well-informed on the subject of abortion who would take the deal.  Why?  Because such a person would know that those three exceptions combined apply to at most 2% of all U.S. abortions — e.g., if there are 1 million abortions performed every year in the United States, only 20,000 of those abortions would be covered under the three exceptions.  The other 980,000 abortions/year in the U.S. are the result of women consensually doing what makes a child without being willing or sufficiently prepared to deal with the possibility they might actually make a child.  In fact, 85% of those women aren’t even married…which means they really don’t have their act together.  And it is these women’s abortions that the informed pro-choice are determined to protect.  They could care less about the rape/incest/life-of-mother exceptions because they know that abortions under those circumstances are just a drop in the well.  The pro-choice movement isn’t interested in protecting women in those unfortunate circumstances.  They’re only interested in protecting women who are suffering the consequences of their own sexual irresponsibility.

9.  “Recommending or insisting on abstinence has been completely ineffective….Closing, not giving women access to birth control has not been an effective way to lead to healthier societies.”

Here’s an instance where I am in complete agreement with Bill Nye.  But what difference does this make to the abortion argument?  Sure, teach comprehensive sex education rather than abstinence-only sex education.  No problem there.  And go ahead and give women unfettered access to contraception.  Nothing wrong with keeping sperm from meeting egg.  But when both education and contraception inevitably fail some women, and a pregnancy arises, then the issue of abortion is still one that needs to be addressed independently of everything that came before.  And if killing babies is wrong, then that’s it — it’s wrong, end of story.  The fact that your education and your contraception failed you — the fact that you did everything you possibly could have (apart from abstaining) to make sure you didn’t get into this situation in the first place — is utterly irrelevant to the moral question now at hand.

“But I don’t want to sacrifice my dreams!”  I get that.  But your dreams aren’t worth the life of a child.  The fact that anyone can even weigh sacrificing a dream vs. sacrificing a baby is ghastly.  And it leads right into the final, horrible point that Bill Nye so wrongly makes.

10.  “We have other problems to solve everybody.”

Yes, yes, we do.  The economy, climate change, health care costs — all these are important problems that we need to solve.  But to what end, if all we’re going to wind up with is the kind of society — the kind of people — who think that human life has no worth and can be killed without cause?  For that matter, what kind of society are we now when it’s reported that 1 in 3 U.S. women will have their own child killed within their lifetime?  Heck, if I told you about a country you might want to vacation in but, by the way, 1/6 of the population had put their own child to death, would you even want to visit there?  News Flash:  You probably live there now.  Does that kind of society even deserve to exist — a society that teaches its citizens that one’s personal desires supersede everything, including human life?

If that’s the view we’re going to take of ourselves, we may as well have never evolved, and an asteroid may as well hit the planet now and take us all out, because why not?  Nothing but animals down here anyway.  Whatever it was that made some of those animals human…that died out.

And it was all the fault of people like this guy: 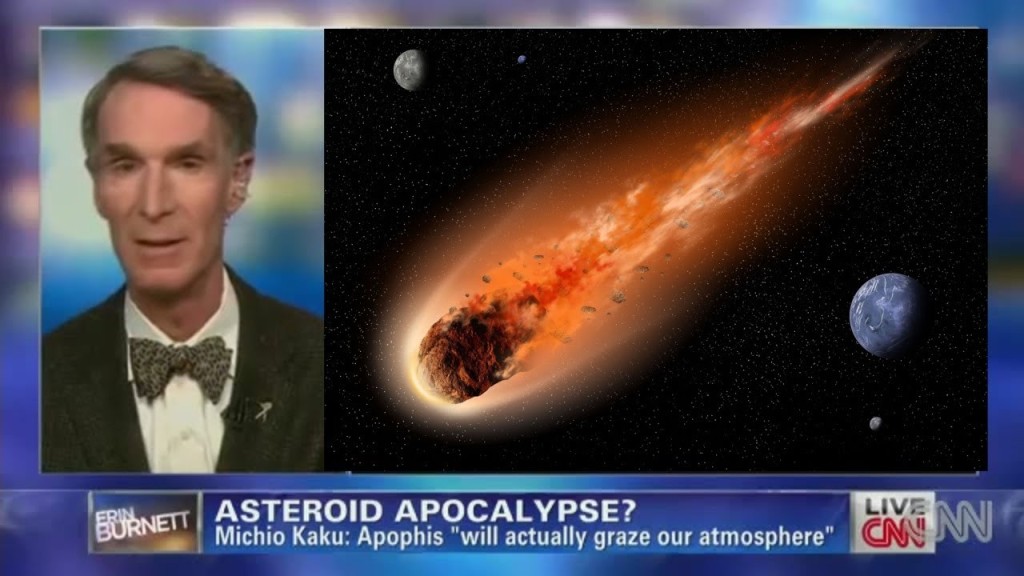