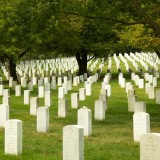 You might be willing to suffer torture or even give up your own life to keep your enemies from getting what they want. But if your child’s safety or life is on the line, you’ll just fold like a house of cards, won’t you? You’ll do anything to keep him or her in one piece…or will you? What if there’s a fate to be avoided that’s worse than death?