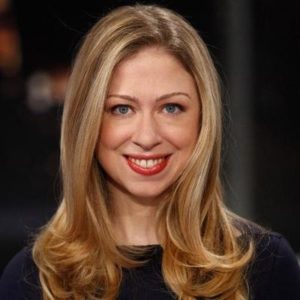 I saw a brief but interesting exchange on Twitter yesterday between Chelsea Clinton and someone who had the absolute douchebaggery to tweet, “Death to @ChelseaClinton and @HillaryClinton!”

And make no mistake: That is douchebaggery. No matter how much you might not like a public figure, calling for that person’s death, even in poor jest, is simply not to be done.

The offender in question went by the sobriquet “Rob Bank$“. In his brief four or five months on Twitter, “Rob” had managed to dish out an imposing sixty-two tweets and rack up an impressive one follower.

For those of you who aren’t familiar with Twitter, let me explain what having exactly one follower means: When you tweet, exactly one person sees that tweet, and that’s your one follower.

So how do I know about this tweet? Well, let me assure you that I did not have the singular privilege of being “Rob Bank$'” only follower. That honor most likely went to an automated Russian porn-spamming account (which for all I know is following me, too — they’re everywhere, just be glad you have another follower).

So, again, I know about the tweet first because Chelsea Clinton knew about it, and second because she told me about it by tweeting it out herself.

You see, I’m one of Chelsea Clinton’s 1.8 million followers on Twitter. (Yes, that’s a freaking lot of followers. I myself am hoping to ding a mere 2,000 in the next week or two.) I like to follow Ms. Clinton on Twitter because she’s basically the poster-child for the young liberal crowd, so I can pretty much keep my pulse on what’s important to young liberals these days simply by reading what she tweets. And this is what she tweeted today:

This is now. Earlier, “Rob’s” tweet was available and visible. More on that later.

The “unavailable” tweet, of course, is “Rob’s” cry for her death and that of her mother.

Now, obviously there’s some funny irony going on here. Whoever is reading this, I don’t know anything about you, but you’re probably not the kind of person who receives a short message saying, “Death to you and your mother!” and thinks, “I should wish him well!” It’s counterintuitive to bless those who curse you. That’s why the Bible commands it to be done — it’s not something we’d naturally do ourselves. Blessing a person who curses you is a very “high road” tactic.

And many of Chelsea Clinton’s followers picked up on that. “They go low, we go high!” is a common refrain among liberals these days, and I saw it parroted more than a few times in the reply chain to Ms. Clinton’s tweet.

But did she “go high”, or is there actually a more sinister dynamic at work here?

Note the numbers under her tweet — especially the second one. That second number, “1.9K”, indicates that her tweet was retweeted by around 1,900 other users to their own followers. Let’s pretend for a moment that those 1,900 other users who retweeted each had 100 followers who saw the retweet. That’s in the vicinity of 200,000 users in addition to Ms. Clinton’s own 1.8 million followers who have now likely seen the inflammatory contribution made to Twitter by Mr. “Rob Bank$”.

In short, “Rob’s” vicious anti-Clinton tweet was previously known to only four people — Chelsea Clinton, Hillary Clinton, “Rob’s” sole follower, and “Rob” himself — but with a few brief keystrokes, that abominable tweet was instantly placed in front of two million Chelsea Clinton fans.

To quote Paul Joseph Watson, “Let that sink in.”

Question: What do you think Chelsea Clinton’s two million fans are going to do to “Rob’s” Twitter account? Do you think they’re going to take this tweeted assault on their idol lying down?

Of course not. Mere seconds after Ms. Clinton’s retweet broadcast “Rob’s” douchebaggery to the world, her fans went into action, not only spamming his tweet’s reply-chain with literally hundreds of angry replies but also sending hundreds if not thousands of reports to Twitter effectively yelling, “SHUT THIS ACCOUNT DOWN!!!”

That’s all well and good, though, because you really don’t want “Rob’s” sort of nonsense happening on Twitter anyway, right? And “Rob’s” other 61 tweets don’t really testify to this particular nasty tweet’s being a one-off occasion: 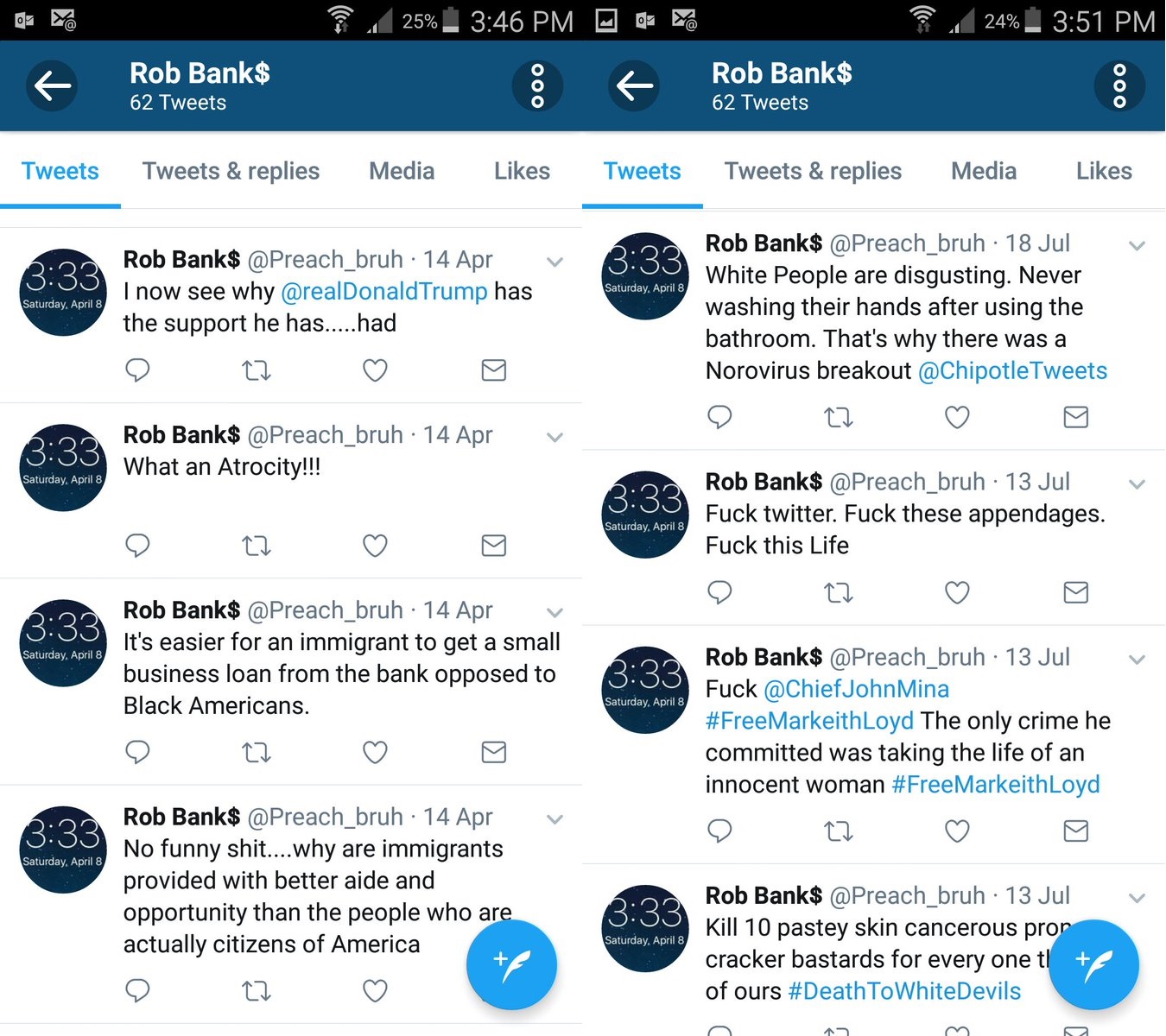 He appears to have been a fan of neither immigration nor white people.

But let’s pause and think about what really happened here for a second.

Dude got Googled, yo.

And I submit to you, dear reader, that she knew this would happen, and that was the point.

I believe this because there are two ways you can reply to a tweet — the “straight-reply” method, and the “quote-tweet” method. I myself use both frequently.

The “straight-reply” method simply replies to the tweet of the person who originally tweeted — that person and anyone else who may have spoken up in that particular “thread” of tweets can see your reply, but no one else can. This method is normally used when you truly want to have a constructive dialogue — you’re not vying for anyone else’s attention.

So, if what you actually desire is to wish your enemy well — to “bless those who persecute you” — the “straight-reply” method is what you would use.

The “quote-tweet” method, on the other hand, which is what Ms. Clinton used, means one thing and one thing only: “I want my followers to see this.”

Now, sometimes I use the quote-tweet method when someone has a good point, and I want to not only communicate that good point to my followers but also elaborate on it in some way.

But sometimes I use it because someone’s said something incredibly stupid, and I not only want to mock them mercilessly for it but also make sure all my followers can join in if they want. In that case a quote-tweet is basically an invitation to pile on the quoted person. And that’s exactly what Chelsea Clinton said to her 1.8 million followers (and their followers, if they retweeted her) in her quote-tweet: “Do you see what this asshole said to me? EVERYBODY PILE ON!!!”

Pile on they did, and now “Rob Bank$” is no more, at least so far as the Twitterverse is concerned.

Of course not. With 1.8 million Twitter users (and their followers) at her disposal, she had the power to socially annihilate “Rob”. And she knew it. So she used it.

It’s what mean girls do.

Think about it. What is the tactic that mean girls employ against their enemies? Social ostracism. Get out of line, and “you can’t sit with us.”

Twitter has 328 million monthly active users, and with a single tweet (cloaked in smarmy niceness), Chelsea Clinton declared that “Rob Bank$” was not allowed to sit at the table with any of them.

That’s power, folks. Don’t let the smile or the sweet-sounding words fool you. She has it. She knows it. And she’ll use it to crush you like an ant if you step out of line. 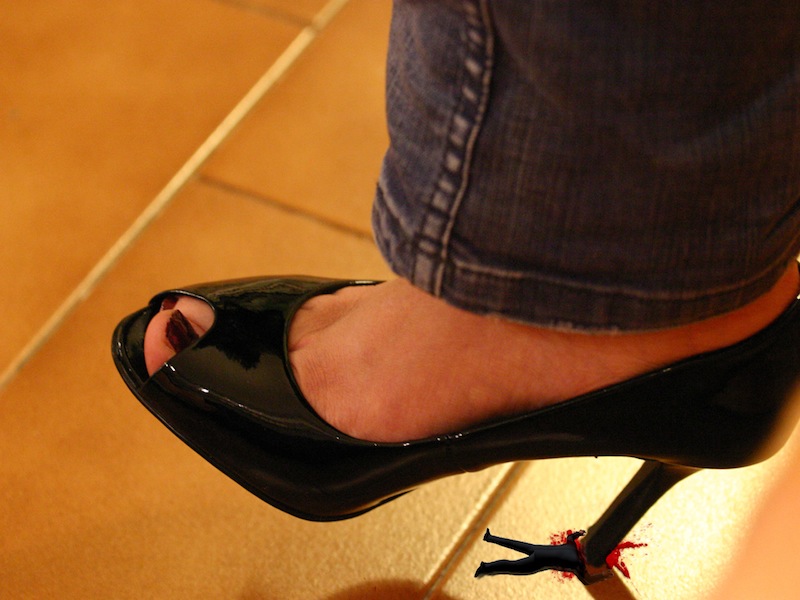