“God Has a Plan for Your Life!”…So What?

I once had a friend who watched religious programming heavily – particularly the preaching ministries on Daystar or whatever other Christian channels were available. I used to listen to the radio versions of some of these shows long ago. They’re pretty educational at first, but after a while, they’re just grating. Yes, I know, preachers are supposed to remind us of the things we’ve already been taught far more than they’re supposed to develop new insights. But there are only so many times you can listen to the trite sloganeering that some of these programs offer when you’ve already put yourself through the “advanced class” of reading serious, deep theological works like those of the earliest Christians (the bulk of which is available to anyone for free at CCEL and The Tertullian Project). And once you realize that some of the most strongly-pressed doctrines on some of these shows are total lies (e.g., “once saved, always saved“), TV/radio evangelists really start to lose their luster.

But some of these evangelists’ slogans are more vacuous than others, and there’s one that I’m finding particularly obnoxious today. I’ll let you know why it’s chewing me up particularly badly of late in a little bit…but first, the offending slogan itself:

“God has a plan for your life!”

Okay, don’t get me wrong here: This particular slogan isn’t grating because it’s not true – it absolutely is true. The problem is that evangelists and their audiences alike take it to imply way more than it ought to. They take it to mean that your life is some grand story that, though it may be in the doldrums now, is sooner or later going to take off in this trailblazing new direction that will justify all the misery you’ve endured so far. To them, “God has a plan for your life!” means that your life will end up with you standing atop a mixed pile of money, your slain enemies, and whatever other padding you need so you can stand 10 feet tall, surveying your conquests. Seriously, just listen to religious programming all week, and I guarantee at least one preacher that week will tell you, “Don’t worry if you’re living in a shack with no car, a crappy job, mouths to feed, a family that hates you, and no immediate prospects of anything ever getting better. Friend, I’m here to tell you that God has a plan for your life!”

Think about it a second. Say God does have a plan for your life (and, again, I totally believe He does).

Does that matter when you don’t know what the plan is?

You can’t even assume that, because God has a plan for your life, you’ll live out the day!

Which gets me to the reason this platitude is particularly irksome to me at the moment. 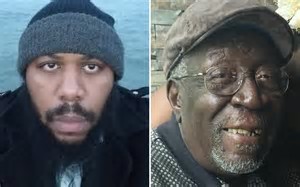 Two days ago, a 37-year-old man named Steve Stephens, irate over a woman and possessing a gun, livestreaming himself on Facebook for the world to see, randomly drove up to 74-year-old Robert Godwin, Sr., and fatally shot him in the face.

As I write this, the manhunt for Stephens continues, but I don’t want you to focus on Stephens. Rather, I want you to think about his victim and consider this truth:

That’s the thing burning a hole in me today. However, it’s not my usual go-to for my disgust with that slogan. My usual go-to example is the Indonesian tsunami of 2004 that killed over 230,000 people. Do you think God didn’t have a plan for their lives? Of course He did. And every one of those plans read, “Dec. 26, 2004 – Killed by a crapload of water.” 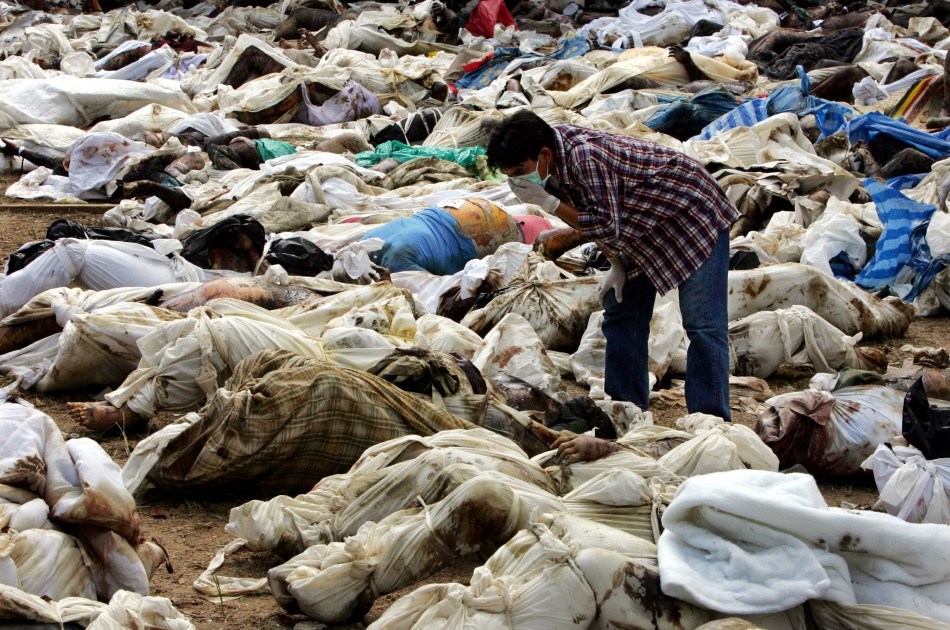 Here we have a 2004 Olympics judge scoring the Synchronized Suffering event.

So all these preachers trying to comfort you by telling you, “God has a plan for your life” – come on, what does that even mean?

Suppose God’s plan for you is that you get hit by a car tomorrow – that could happen, right? Suppose God’s plan has you surviving a gas explosion and spending months in the hospital recovering from burns. Suppose God intends you to lose your child to an alligator attack in Orlando – probably right after someone standing nearby, referring to a gay nightclub shooting the weekend before, said out loud, “What else could possibly go wrong?”

Sometimes I have to wonder if these preachers remember what Jesus said to Peter toward the end of John’s Gospel, and why:

Jn 21:18-19 – “Very truly I tell you, when you were younger you dressed yourself and went where you wanted; but when you are old you will stretch out your hands, and someone else will dress you and lead you where you do not want to go.” Jesus said this to indicate the kind of death by which Peter would glorify God. Then he said to him, “Follow me!”

Essentially, Jesus said, “Peter, God has a plan for your life!” And He elaborated that this plan would not have the kind of ending where you die peacefully in bed surrounded by your loved ones who are looking on (and hopefully aren’t mentally distracting themselves by doing inheritance math in their heads while you’re drifting away). If today’s preachers were worth their salt, then any one of them telling you, “God has a plan for your life…,” would follow up with an honest, “…and that plan might suuuuuuck.” Because, really, it might. You just…don’t…know.

But you shouldn’t need to know, either, and here’s where we need to analyze what the TV/radio preachers are getting wrong. I think it can be summarized pretty simply: They’re misidentifying the point.

Look how they structure what they’re saying: “God has a plan for your life.” What’s the point of that whole sentence? It’s your life, right? Your life is the point, and the message you’re receiving is that God’s got a plan that is going to modify your life. In fact, viewed like this, God’s plan matters only insofar as it improves your life. And that view is precisely backwards.

What these preachers should be telling you is this: Your life is part of God’s plan.

Phrased that way, the importance and priority is exactly where it belongs – on God’s plan – and your life is placed in the proper context – that of making God’s plan come to fruition. It isn’t God’s job to make things come out well for you. It’s your job to make things come out well for God. You have a role to play in God’s plan, so whatever happens, you play the role. That’s why Jesus, after revealing that Peter would one day be led to his death to glorify God, immediately commands, “Follow me!” He’s essentially telling Peter, “I need you for this!” So Peter went, knowing that it wouldn’t end well for him, and knowing that things going well for him was never the point. The point – our point – is to glorify God, in whatever He requires of us. We must recognize that our lives are part of His plan, and offer our lives to His plan.

What is your part in that plan, exactly? If you’re like 99.999999% of humanity, you’ll never know until you reach eternity. All you can know is what behavior God expects from you. Jesus said, “If you love Me, keep My commandments.” (Jn 14:15) Focus on fulfilling that order, rather than expecting God to work a miracle in your life and make what is really your plan (let’s be honest here) – not God’s plan – come together.

God does have a plan for your life, and that plan is for you to be of use to Him, no matter what your circumstances are. So turn the TV or radio off, and live your life for his glory – that’s all the plan anybody really needs.

May Robert Godwin, Sr., having fulfilled his part in God’s plan, rest in peace.