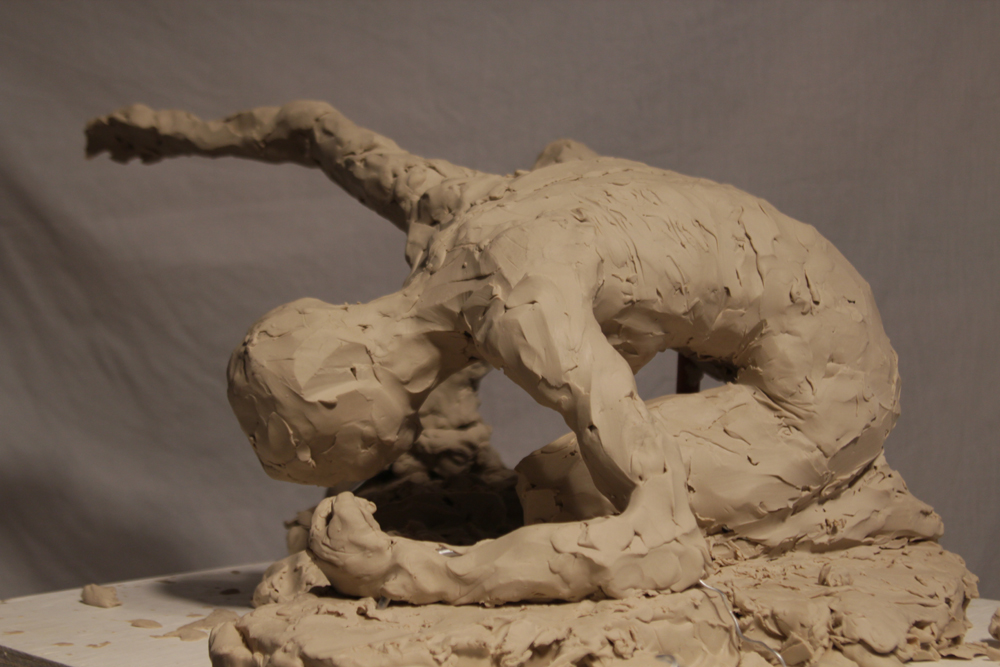 Now that a half-hearted decision of the Supreme Court has come down in favor of religious freedom and individual conscience, there are many people digging through the Bible wondering if Christian businesspersons who refuse to service gay weddings are just being bigoted or are actually following their faith — the reasoning being that if there is a passage of Scripture that emphasizes compliance with secular expectations over compliance with one’s religious convictions, then any Bible-thumpers out there who are claiming violation of their convictions are just bigots who don’t know their own faith.

And there does exist a passage that looks that way to some.  It’s the story of Naaman the Syrian, described as a well-regarded and often-victorious soldier who was unfortunately plagued by leprosy. Finding no remedy in his own country, he journeys to Israel and is healed of his leprosy by following the instructions of the prophet Elisha. Rejoicing in his healing, and recognizing the power and reality of God, Naaman makes a vow before Elijah, with a caveat:

So this pagan learns that God is the only true god, but he’s got a job function that makes it appear as though he is worshipping a false god. May he be excused? Elisha’s response is noncommittal, but the answer appears to be, “Yes.”

Those who wear “BAKE THE DAMN CAKE” t-shirts are quick to seize upon this passage as proof that Christians can indeed participate in or, in their capacity as private workers, render service to gay weddings. After all, if you’re allowed to bow before a false god in a temple so long as you don’t really mean it, why can’t such duplicity be acceptable in the setting of a same-sex wedding?

But if this reasoning were true, why didn’t the early Christians simply render a pinch of incense to Caesar when called upon to do so rather than give up their lives for the faith?

Here’s the problem:  What’s in our hearts is evidenced by our actions.

James 2:18,21-24 — Show me your faith without deeds, and I will show you my faith by my deeds….Was not our father Abraham considered righteous for what he did when he offered his son Isaac on the altar? You see that his faith and his actions were working together, and his faith was made complete by what he did. And the scripture was fulfilled that says, “Abraham believed God, and it was credited to him as righteousness,” and he was called God’s friend. You see that a person is considered righteous by what they do and not by faith alone.

One overarching message in the New Testament is to avoid even the appearance of immoral conduct if we can help it:

1 Cor 8:7-9,13 — Some people are still so accustomed to idols that when they eat sacrificial food they think of it as having been sacrificed to a god, and since their conscience is weak, it is defiled. But food does not bring us near to God; we are no worse if we do not eat, and no better if we do. Be careful, however, that the exercise of your rights does not become a stumbling block to the weak….if what I eat causes my brother or sister to fall into sin, I will never eat meat again, so that I will not cause them to fall.

1 Cor 10:27-29 — If an unbeliever invites you to a meal and you want to go, eat whatever is put before you without raising questions of conscience. But if someone says to you, “This has been offered in sacrifice,” then do not eat it, both for the sake of the one who told you and for the sake of conscience. I am referring to the other person’s conscience, not yours.

Romans 14:1-2,13-15 — Accept the one whose faith is weak, without quarreling over disputable matters. One person’s faith allows them to eat anything, but another, whose faith is weak, eats only vegetables….make up your mind not to put any stumbling block or obstacle in the way of a brother or sister. I am convinced, being fully persuaded in the Lord Jesus, that nothing is unclean in itself. But if anyone regards something as unclean, then for that person it is unclean. If your brother or sister is distressed because of what you eat, you are no longer acting in love.

There are actually two principles at work in the above passages:

1) In matters that aren’t cut-and-dried from a moral perspective, each individual is entitled to obey his own conscience, so long as it is a private affair.

2) In public view, however, one ought to limit one’s conduct to what is considered acceptable by all present — i.e., one should be more restrictive about one’s moral conduct in public than in private.

In no case is the directive to loosen one’s conduct to suit the public.

In Jack Phillips’ case, his own conscience says, “I can serve gay customers, but I can’t cater gay weddings.” From a Christian perspective, the moral response for a gay couple refused this particular service by Phillips would be to respect Phillips’ conscience and find another baker who will fulfill the service. However, if that other baker were to be a Christian in public view of Phillips, then the Christian thing for that baker to do is refuse the service, too, so that Phillips won’t be tempted to go against his own conscience and serve at an event he doesn’t believe he can morally serve at.

In Naaman’s case, he was by no means a full convert to Judaism, but rather a new Jehovah-worshipper living in a pagan country. His kneeling was solely for the purpose of supporting his king, not worshipping his king’s deity. And there was no one else around whose conscience he was likely to offend. So he could get a pass even though his conduct wouldn’t be 100% kosher. But no Christian could similarly get away with offering up incense to Caesar — no ulterior purpose could rationally be proposed for the act, and it was assured that other Christians would know of it.

The same goes for gay marriage. There is no “Naaman excuse” for Christians to fall back on.

You have a choice whether to participate in the public sin of others. If you join it, you show others that you approve of that sin, and you encourage them to do the same. Which is why Christians must refrain to the best of their ability from participating in gay weddings — both for the sake of all those who will hear about your gallant stand for the faith, and “for the sake of conscience” (1 Cor 10:29).