Want to Know the Secret of Jon Snow’s Parentage?

GAME OF THRONES SPOILER ALERT!!!  If you continue reading this post all the way to the end, you will learn the identity of Jon Snow’s parents.  Not a hoax.  Not an imaginary story.  If you don’t want the secret spoiled, just bookmark this page and come back to it when the series has revealed it to see how amazingly prescient I am.

[UPDATE:  Okay, okay, I was wrong.  Stop reading if you don’t want to know who Jon Snow’s parents aren’t.  But you’re welcome to keep reading.  I have to say, just going by those two TV episodes alone, my guess was still a reasonable one.]

But first, a little history: 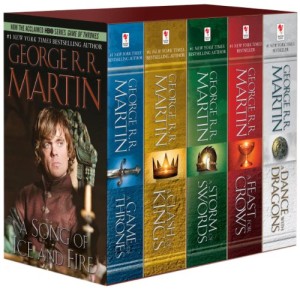 A co-worker recommended George R. R. Martin’s Song of Ice and Fire (ad) series to me years ago.  Not sure when I started reading it, but I managed to get through the first three books and purchased the fourth before I realized the series wasn’t done yet and likely wouldn’t be for another decade at the rate Mr. Martin was writing.  So I decided to set the series aside and wait.  Today the series is still not complete, so I have no regrets.  However, HBO decided to turn his still-incomplete tale into the wildly popular original TV series Game of Thrones.  Sadly, I didn’t have HBO until this year when I finally, kicking and screaming, upgraded my cable package.  So I’ve only begun to watch, and as I’m writing this I’m in the middle of Season 1, Episode 2.

And, amazingly, I already know the secret of Jon Snow’s origins.

Jon Snow is presented to us in book one of the print series and episode one of the TV series as the bastard son of House Stark’s patriarch Ned Stark and an unknown woman.  The mystery of his mother’s identity is one of the juicier plot threads running through the series (book and TV alike), and fans have dedicated web sites to the discussion of Jon Snow’s parentage.  Indeed, I owe them a debt, because had I not read some of the fan theories posted on these sites and broadened my mind to the possibilities of who Jon Snow might be, I wouldn’t have been ready when Season 1, Episode 2 of the TV series pelted me with clues like repeated mallet-whacks to the face.  And now, you’re about to learn the truth of Jon Snow’s parentage!  But first, in case you’re having second thoughts about learning the truth and having the secret spoiled for you, let me cushion the experience with a picture of Jon Snow (broodingly played by Kit Harington): 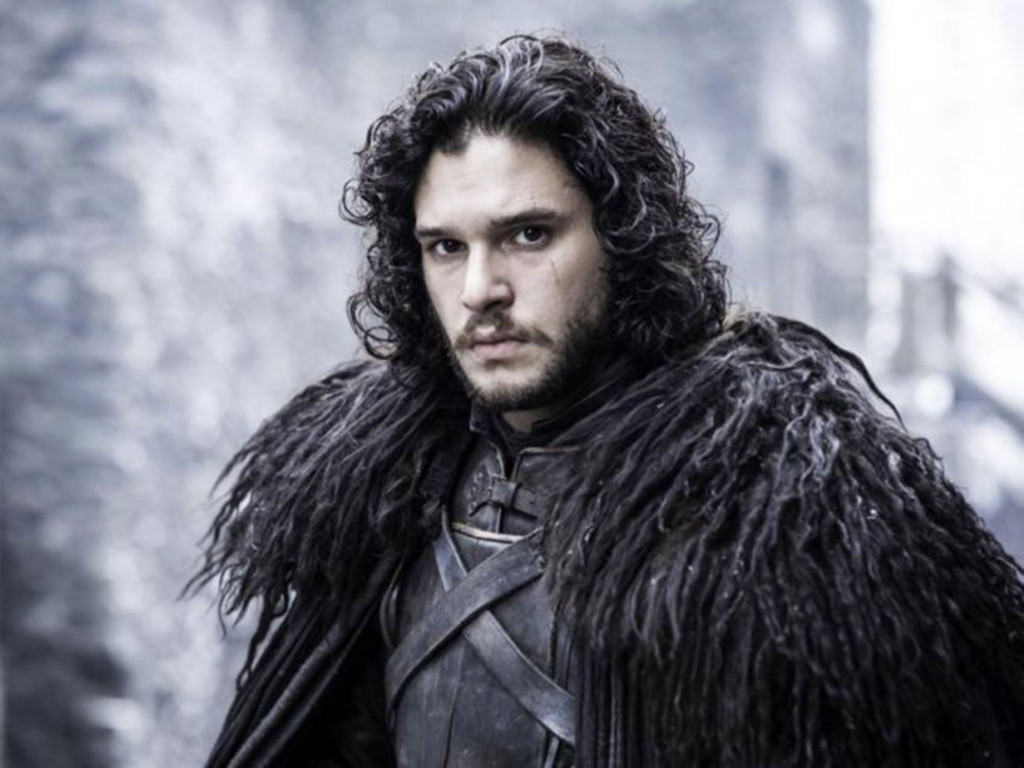 Now before you scroll down any further, think about whether or not you really want to know the secret.  Once this knowledge is out of the bottle, it ain’t going back in.  Here’s another picture of Jon Snow to tide you over while you think (brood, brood, brood): 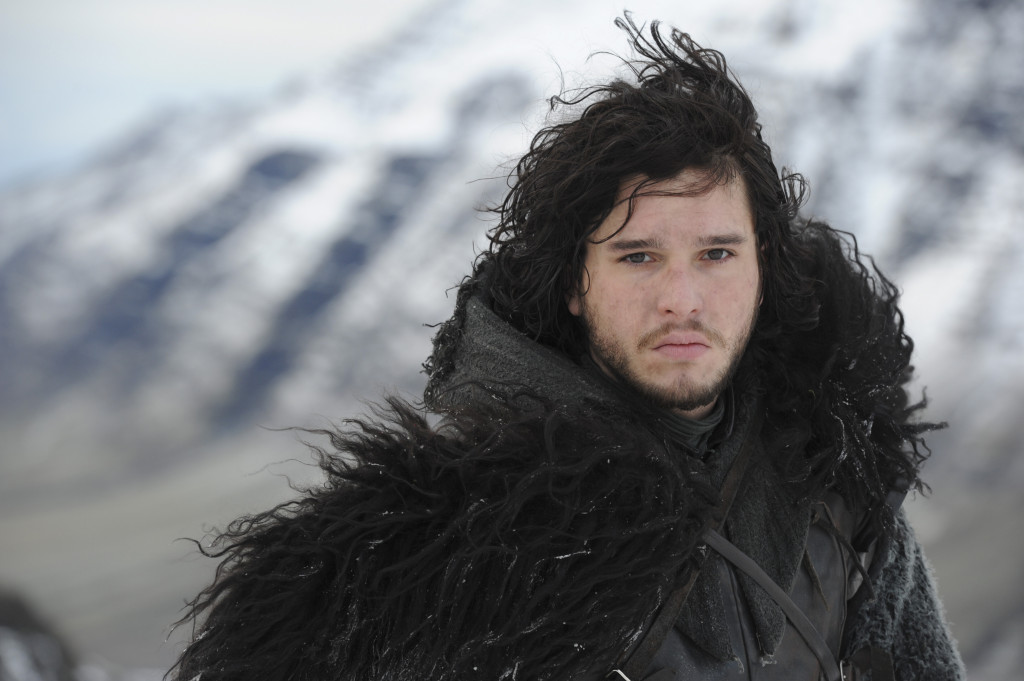 LAST WARNING! Are you sure you want to know exactly who Jon Snow came from?  Let me tell you, when I told Jon the secret, here’s how he looked: 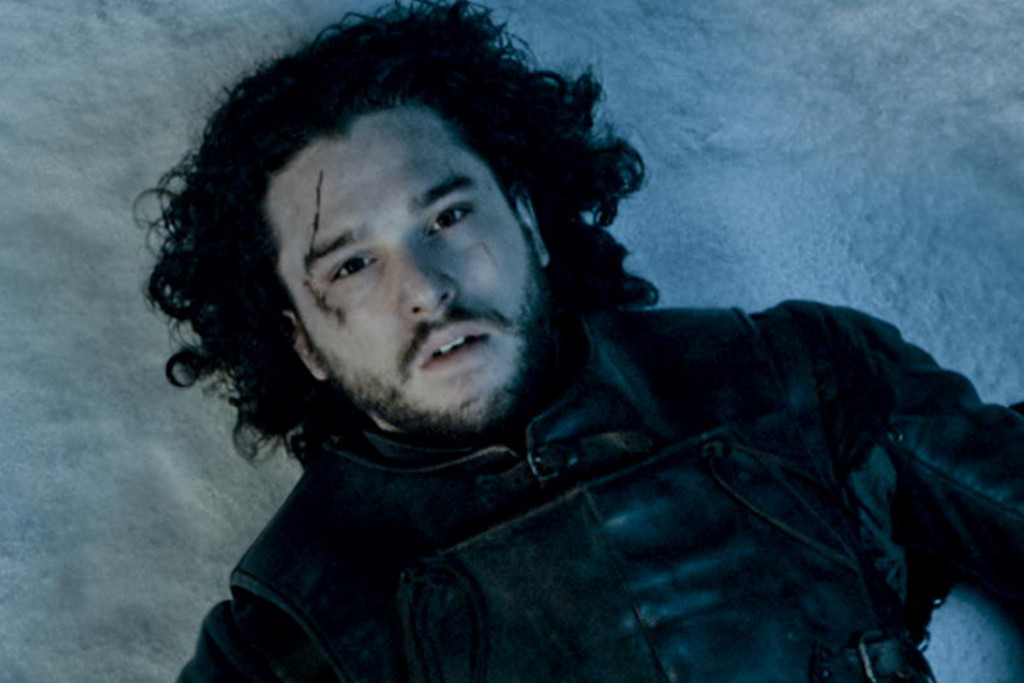 Yep, he was pretty stunned.  As will YOU be, now that you’ve come this far.  Because it’s too late to turn back now!  The secret is revealed!

JON SNOW IS THE SON OF NED STARK AAAAAAAAAANNNNNNNDDDDDD…

Because he’s not Ned Stark’s son at all.

Jon Snow is the son of this charming couple: 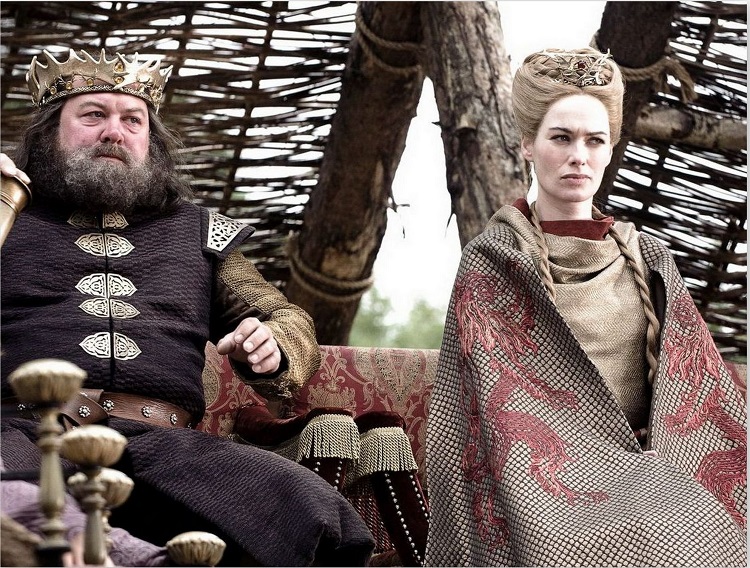 Yep.  Pick your jaw up off the floor.  That is indeed King Robert Baratheon (Mark Addy) and Queen Cersei Lannister (Lena Headey).

When Caitlyn Stark is holding vigil at the bedside of her injured son Bram, Cersei Lannister comes to pay her respects and tells Caitlyn how her firstborn son by Robert, a dark-haired boy, died soon after his birth.

Later in the episode Caitlyn chastises Ned for leaving her again, saying the first time he left for King’s Landing, 17 years ago, he returned carrying his bastard infant son in tow.

Now, come on, people…put two and two together already!  Robert Baratheon and Cersei Lannister have a child together — a dark-haired child (and did you notice Jon Snow’s hair color in all those pictures I just showed you?) — who supposedly dies, and around that exact same time, Ned Stark brings “his” baby son by another woman from King’s Landing to Winterfell.  Doesn’t this strike anyone else as a little bit too coincidental?

Well, I’ve said my piece, and only time will tell if I’m right.  And please note that because my recollection of the books is far too foggy to be relied upon, I can only dare call this prediction a sure bet so far as the TV series is concerned.  Who knows what George R. R. Martin will eventually write in his books?  (Hopefully it won’t take another decade to find out!)

[UPDATE:  It was actually after reading the first couple chapters of the first book in the series, which I was re-reading in parallel with watching the TV series, that I strongly suspected my guess was incorrect.  In the book, Jon is described as having the prominent facial features of the Stark bloodline.  But TV is TV, and I had no idea how much the show writers were willing to alter to suit their needs.  So I didn’t find that detail from the book utterly disqualifying.  Hopefully George R. R. Martin will survive long enough to finish the books and give “Game of Thrones” a proper ending, along with his version of the secret of Jon Snow’s parentage.]