What the Worst Things Teach Us 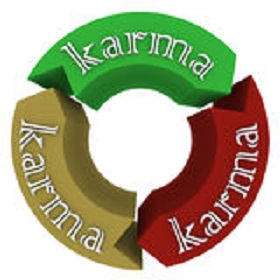 We all want to believe in karma — i.e., “What goes around comes around”.  Every religion that exists contains some expression of our desire that good be rewarded and evil be punished.  Eastern religions generally subscribe to reincarnation, while Western religions look forward to an eventual resurrection, but both paradigms are built on the recognition of a stark truth:  “What goes around comes around” is usually not a given in this world.  There is no natural law ensuring this.  We live in a world of loose ends:  wrongs that go un-righted, and rights that get overwhelmed by subsequent wrongs.

Recent case in point:  A seven-year-old boy who grew out his hair so that he could donate it to cancer patients has now discovered that he has cancer of the worst kind.  It’s practically the opposite of karma.  More like the nemesis of karma.  Reverse-karma.  The kind of karma that belongs only in Family Guy (ad) cartoons, never in real life.  But that’s how this world is.

Should we really be surprised?  Some people are surprised that such things happen, and that amazes me.  I want to ask them, “So how about the latest child to die of SIDS?  Do you think that kid deserved it?  Do you think its parents deserved it?”  Because you have to believe something terrible like that if you cling to the notion that “what goes around comes around”, within the context of the natural world, is anything more than a saying.

And I know the lure of that belief.  I’ve felt its pull.  Three years ago a pregnant woman and her friend got lost in fog-shrouded woods.  A search party was formed that found the pair and took them to the safety of their minivan.  Happy ending, right?  Except the fog confounded the pregnant woman again, causing her to make a wrong turn and drive the minivan into the ocean, ending the lives of mother, child, and passenger.

You can’t hear a story like that and not want to invoke some kind of karma.  You want the pregnant woman, or at least her friend, to have been a horrible person.  Or an idiot at best.  Someone who could deserve this kind of ridiculous, practically laugh-out-loud, I-couldn’t-have-written-a-joke-this-cruelly-fantastic turn of events.  But the truth is she was probably no better or worst than the rest of us.  In fact, she might have been regarded as an angel.  Maybe she was a paragon of her local community.  Maybe she helped the homeless.

Maybe she once donated her hair to cancer victims.

I ask again:  Should we really be surprised?

If you’re a Christian, the answer should be no.  A Christian should already know this hands down — no surprises, no shock, no wonder. 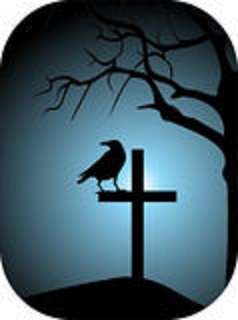 Well…how did Jesus’ life turn out?

I mean, here’s a guy who (if you’re a Christian) you believe never did anything wrong.  And on top of that, He did all these wonderful miracles of healing and taught people to love their enemies, yadda yadda yadda.

And look how He ended up:  nailed to a cross, bleeding out from lacerations to his head and back, dehydrated, humiliated, labeled a criminal…finally, dead.

And when you know that, the kicks and beatings that life hands you won’t seem so bad.

I know people, self-professed Christians, who never learned that lesson about the cross.  And when the arrows hit them, they were perplexed.  They thought their righteousness (such as it was) would be a shield.  They were good people, and surely good people didn’t undergo attacks like this!

Look at the cross.  That attack enough for ya?  If Jesus couldn’t avoid it, why do you think you will?  He SAID you wouldn’t!  “If any man will come after me, let him deny himself, and take up his cross,” remember?

We live in a world where bad things happen to good people, even the best of people — even the God-man Himself.  And you are 100% guaranteed to drive yourself crazy if you’re banking on karma making it up to you in this life.  I’ve seen that madness take hold of people.  It’s not pretty.  People under that delusion get bitter and vengeful.  And when it dawns on them that reality isn’t going to just naturally deposit that karma in their laps, they go on the attack and try to bend reality to their desires, no matter what havoc it wreaks in their own or others’ lives.

How do you avoid falling into this trap?

Recognize that the cross is not the end, but rather a doorway.  Your natural life ends there, but eternal life is just a footstep past the threshold, and it’s in eternity where you’ll find the karma you seek.  Teach yourself to value what’s coming after, not what you can get here.  “Lay not up for yourselves treasures upon earth….But lay up for yourselves treasures in heaven….For where your treasure is, there will your heart be also.“

That’s not the easiest thing in the world to do, I know.  It’s hard to recognize on one hand that you’re owed, but at the same time recognize that you’re not guaranteed to collect in any way that might seem meaningful to you here and now.  But that’s the paradigm shift you need to make if you’re going to be able to deal with harsh realities like drowned pregnant women, seven-year-olds facing cancer, and whatever’s happening or going to happen in your own life.