I have a friend who has been through a lot:  an abusive childhood, a con-artist boyfriend who knocked her up and abandoned her, two abusive husbands — one violently so, toward her and her kid — and now life as a single parent with no local support from friends or family.  She’s often said that if it weren’t for her children — the second marriage resulted in another child just in time for the divorce — she would probably have found a way to end it all by now, and she wishes the U.S. would be more like European countries that permit euthanasia for cases of mental anguish.

I was fortunate to grow up in a home where my father made no bones about his opinion that suicide is a stupid, selfish thing to do.  At certain times in my life I myself have felt the suicidal urge — the swirling emotional waters of despair that seem to lead nowhere but down, down, down…so why fight it? — but remembering my father’s attitude toward suicide has been one of the bulwarks against my ever carrying out such a horribly selfish act.

Unfortunately, suicide is something getting more popular every day, thanks to “heroes” — I think them villains, personally — like Brittany Maynard, who moved to another state to commit suicide and escape the debilitating and painful symptoms of her incurable brain cancer.  Maynard was lauded up and down in the media, but I saw no reason to crown her with accolades.  She gave up.  She quit.  Think Eddie Izzard running twenty-seven marathons in twenty-seven days, and then realize that Brittany Maynard is the exact opposite of that.

There are, of course, religious reasons to oppose suicide.  “God has a plan for your life,” we often hear, both in good times and in excruciatingly bad.  And that’s absolutely true.  Of course, that plan might be for you to waste away from cancer in agony for the next six months — that’s the part that secular people and even most religious people never want to consider.  But it’s a plain fact that not everyone is religious, and I think it would help if someone would collate the reasons that, from a secular perspective, suicide is always wrong.  And I hope I’ve managed to do that below.

Here are four reasons why I believe that, even taking God and religion entirely out of the picture, suicide is always wrong: 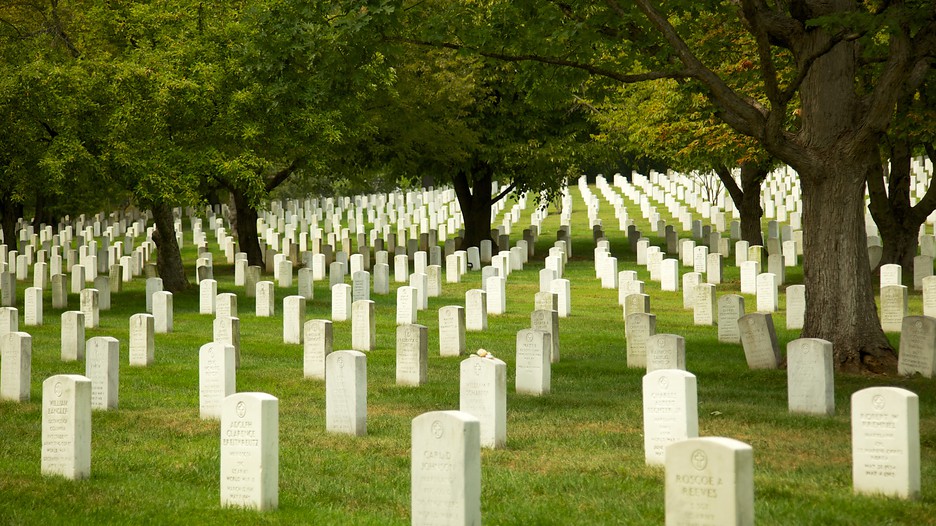 In a certain sense, death is really the natural state of things.  Stars aren’t alive.  Rocks aren’t alive.  Time and space aren’t alive.  And yet, life exists, making up an infinitesimal portion of all that is, but at the same time offering us the possibility that this “all-that-is” means something and has a purpose and a point beyond merely existing.  Plain existence itself requires no life and no consciousness.  That life and consciousness exist only makes sense in a world where life and consciousness mean something.  And while we can’t hope to know (other than through accepting certain dogmas on faith) what that meaning is, we can at least accept that there is a meaning and hold on to life knowing that so long as it exists, it does have some worth, somehow, in some way — and knowing also that it will be gone soon enough.  Life inevitably ends, so why rush it?  From a secular point of view, there’s no coming back once you cross death’s threshold, so let’s not be in any hurry to rush across it, eh?  So long as you’re here, you matter, even if you don’t know why.  Let the day when this ceases to be the case — because you have ceased to be — come in its own time.

I’m not talking here about the pain experienced by the dying.  Indeed, most euthanasia victims are trying to find escape from their pain in death.  Rather, I’m talking about the pain of those left behind.  They are the ones who have to suffer the loss of those who have died.  And for anyone to inflict that pain of loss on other human beings simply to relieve one’s own pain is a horribly selfish choice. 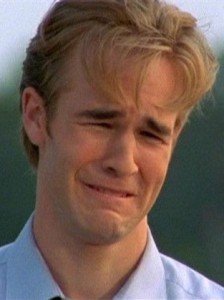 There is a famous science fiction movie (that I won’t name here to avoid spoiling it — and suffice it to say that it does not star James Van Der Beek, who is pictured here) in which a dystopian future society has chosen to relieve overpopulation by making euthanasia available to the elderly free of charge.  In this movie the lead character realizes that his elderly friend has secretly gone to one of these centers to die.  He races to the euthanasia center to stop his friend, but it is too late — the process is already underway.  The lead character is in tears as he has his final conversation with his dying friend…and all I could feel throughout that poignant scene, besides sympathy for the lead character, was anger toward the old man.  I wanted to leap into the TV screen, grab the old man by the shoulders, point to the lead’s tears, and shout, “Do you see those tears? Do you see that sadness? Do you see that pain? You did that to him!”  And this is something many prospective suicides don’t understand:  The pain your loved ones will feel over your suicide is your fault — i.e., had you only resolved to live and be taken from your loved ones in some other way, be it natural causes or an accident or some other unfortunate event, then of course your loved ones would still have experienced the pain of losing you, but at least they wouldn’t be able to blame you for it.  If you kill yourself, they can and will blame you — and you will deserve that blame.

To commit suicide is to permanently tarnish your biography for all time.  It invalidates all your accomplishments, diminishes all your inspirations, and insults any appreciation that was ever given you.  To reject your life is to throw up a middle finger at everyone who ever found value in you or anything you did.  After all, if you hated your life enough to throw it away, why should anyone else find anything positive in it? 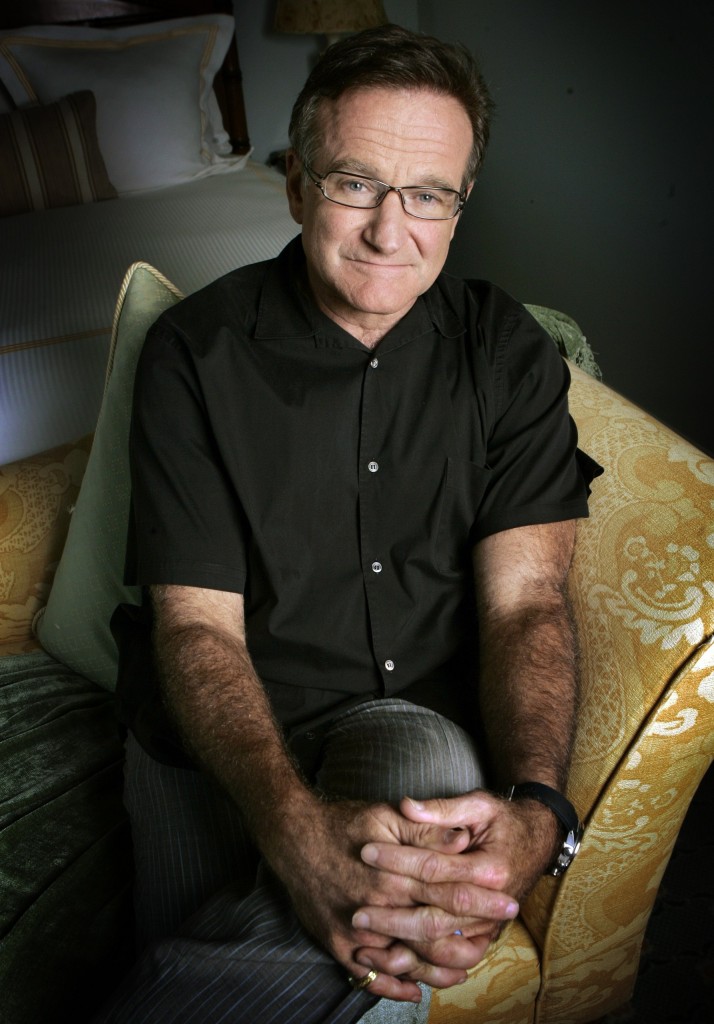 One of the last few years’ most tragic suicides was that of Robin Williams, the comedian and Oscar-winning actor who spent four decades dazzling audiences with his range of talent.  He had a stunning filmography, having played everything from a goofy alien observer (ad) to a jocular wartime DJ (ad) to a caring therapist (ad) to a deranged killer (ad).  I doubt anyone familiar with Robin Williams could fail to look back at that vast body of work and smile — at least, until he hung himself.  Now I don’t think I will ever be able to watch anything he did, no matter how impressive or joyful (or both), without thinking, “In the end, this wasn’t enough for him.  In the end, this wasn’t enough to make him want to stay.”  Nor can I find any sane reason to draw inspiration from anything he ever said about life, knowing how his life ended.  A woman at my former place of employment liked to put inspirational quotes up on her whiteboard, and one week she actually posted a quote from Robin Williams, and I thought, “I don’t know if I’d want to follow any advice coming from him.  He killed himself!”  And sadly, that’s what suicide does:  It invalidates you.  You invalidate you.

Not only does suicide send a message about your own life, but it also sends a message about everyone else’s.  All throughout the world there are people striving and struggling to believe that life is worth living, and that all the slings and arrows they are facing now will one day be shown to have purpose and meaning.  And your suicide just told them, “Nope!”  There is an inherent invitation in every suicide:  “Come with me.  Your life isn’t worth living either.”  I know this myself from recent anecdotal experience:  The friend who I mentioned at the beginning of this post started making more suicidal statements after an online friend of hers, who had also suffered domestic abuse, committed suicide.  She even expressed a desire to know how her friend had done it, hoping to follow in her footsteps someday.  But the evidence of suicide contagion is more than anecdotal:  Research has demonstrated that suicide begets more suicide even if the people who first committed suicide weren’t personally known by the ones who committed suicide later.  Suicide essentially sends out a global broadcast to anyone with ears to hear, “I jumped!  You jump, too!” and once that transmission is sent, there’s no calling it back.  So even if you’ve already thought twice about suicide, think another time:  It might not be just your own life you’re taking — others may follow in your footsteps, and do you really want that on your conscience? 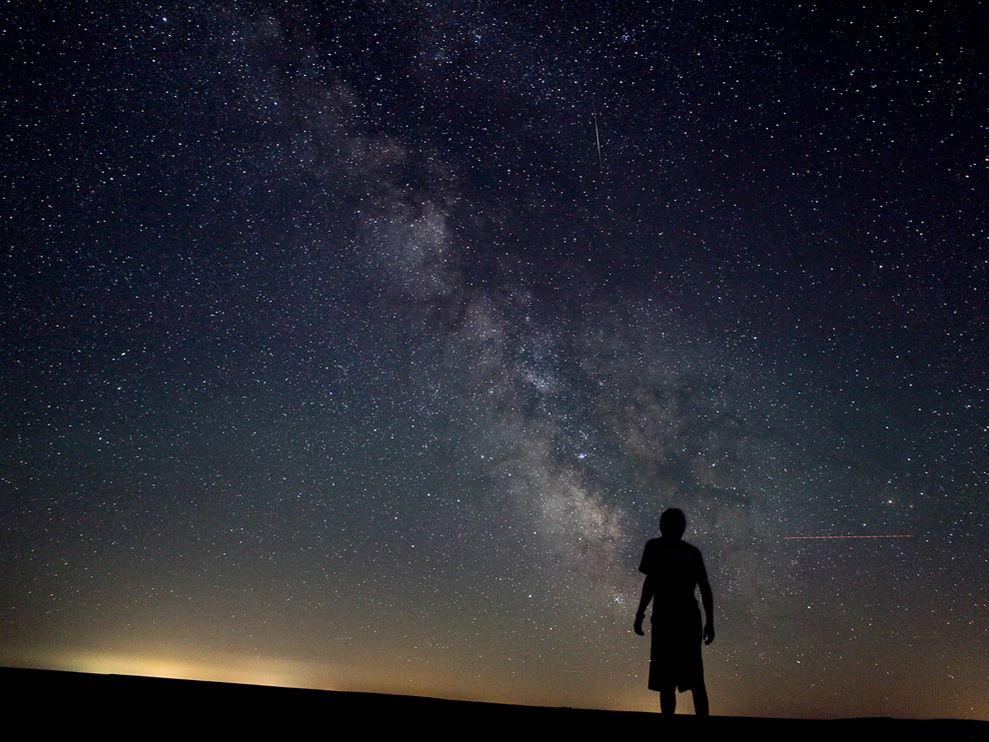 Note that none of the four reasons given above contain any invocation of God.  I don’t think anyone needs to believe in God to abhor suicide.  All one has to do, in my opinion, is consider that for billions of years, you didn’t exist, and for billions of years, you won’t exist, and that makes these years in between those two long ages a very special moment, unique and precious in all of time.  Suicide robs the universe of the ability to enjoy that special moment for as long as it was meant to last.

I remember the first time a baby was ever born to someone I knew from high school.  This baby girl was the first of a whole new generation to enter my social circle, and I remember cradling her in my arms and thinking, “I can remember a time when you didn’t exist…and that’s a time I hope I never see again.”  And I think that when that time inevitably does come again, the world will be a sadder place for it.  And if that is true for her, then I think it is true to some degree for every human being — including me, including you, including everyone.

And that is why I think that, even from a secular perspective, suicide is always wrong:  Because, to be sure, the world will someday experience the sadness of our passing, but so long as we don’t make our inevitable deaths happen sooner than they should, then we can at least say that, as living creatures — as bearers and representatives of this thing called “life” — we did the absolute least for the universe that we could do.